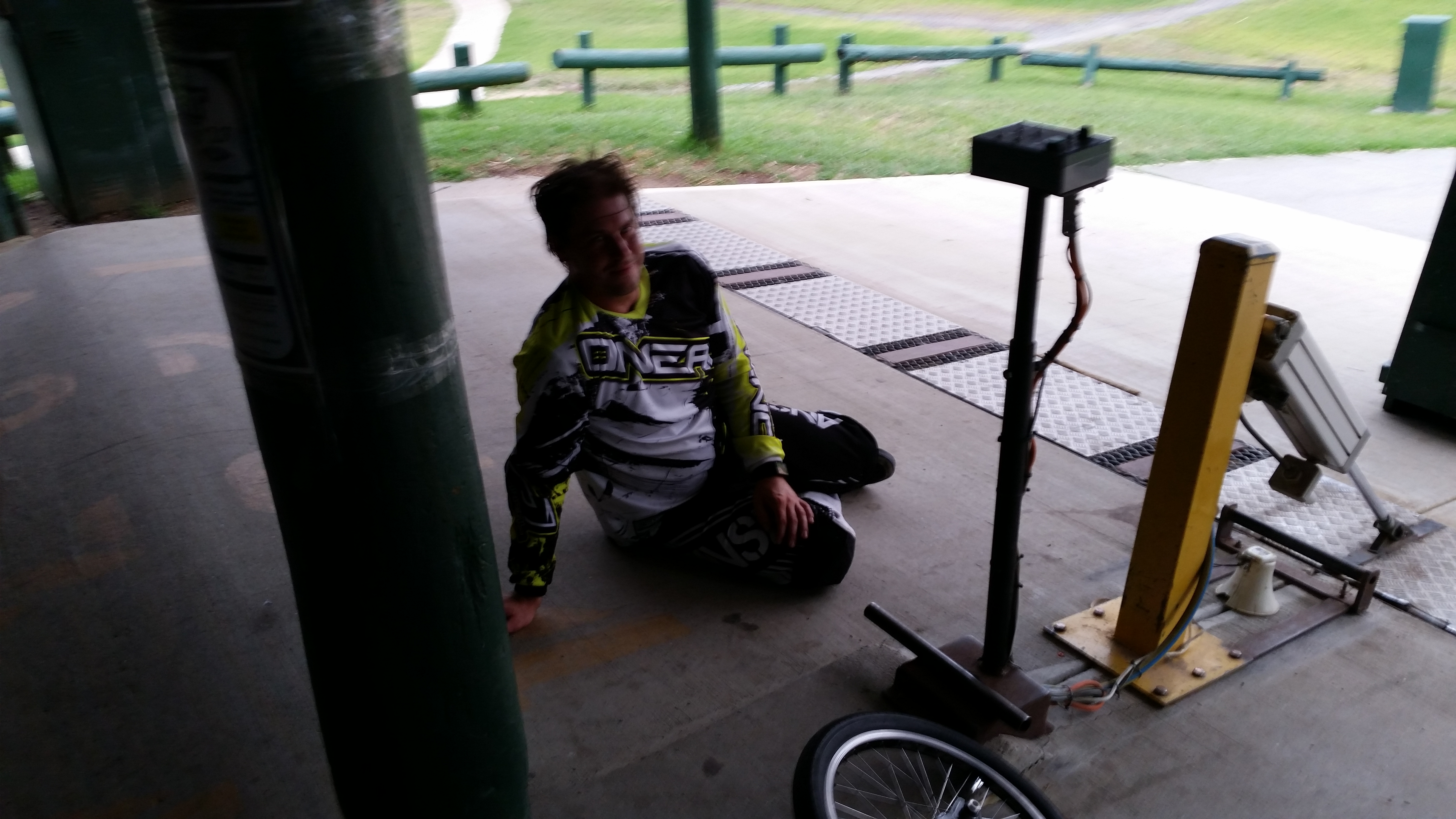 Tonight saw myself back training with the dastardly James Tait for the first time this year, fellow retro racer Michael Herceg was also in attendance and rumor has it that retro racer Brendon Marshall was a no-show after training last week where he was brutalized and too scared to return.

Our warmup started with some relay run throughs of side steps, butt kicks, grapevine shuffles and jumping, seriously what is with the jumping lately, last week with the secret trainer and this week with James, I think I may have given him some ideas with my last post, I am definitely going to have to avoid that in future. With Michael and I on opposing teams, it was game on and the grapevines were serious business, I busted out the dance skills from when I was a teen back in the 80s and grapevined shuffled like a champ, Michael was flailing his arms and legs everywhere, no dance skills what so ever, he obviously did not play Dance Dance Revolution in the arcades back in the day.

With the relays done, the real work was about to start, gate starts pushing at 100% in the first straight and then turning off at the first berm and back to the start hill, I intentionally did not touch the brake lever at the Knox doubles as I have a tendency to do whilst racing. The first gate start going over the doubles the front wheel came off the ground, keeping the bike under control the wheel hit the ground again and I was off pumping down the back side of the doubles. The second gate was much like the first, the third however, was all about AIR TIME, I must have been at least 3 inches off the ground, but I closed my eyes, held on for dear life and landed safely.

The night continued with sprints, standing start sprints and rhythm section ride throughs, each one getting harder than the last, my heart constantly beating and trying to escape from the confines of my chest, towards the end I was really struggling, it was here that I am sure I heard an evil and maniacal laugh from James Tait as he rubbed his hands together with a look of pure evil in his eyes.

Our last drill for the night, from the gate a full lap at 100%, drop our bikes, run around the scoring shed, 15 push ups and ride the track backwards at 100%, ok ok now the drill I can handle, the running bit I am not a fan of and 15 push ups well that is just ridiculous, but the dropping of the bike thing is just going over board, I have just completely rebuilt my bike and there is no way in the world that I will be dropping it anywhere. With that in mind I made the executive decision that there will be no dropping of the bike, therefore no running around the scoring shed or 15 push ups would be able to be done, so I may have just turned around and rode back around the track. Even without doing the run and push ups, I still got beaten to the start line by one of the guys.

By the end I was feeling very very queasy and was on struggle street, but no matter how bad I was feeling I think Michael Herceg was feeling just a little worse, he got to the end, dropped his bike and dropped to the ground. I am not sure if Brendon or Michael are game enough to return, but I will be back next week slogging it out and looking forward to what other evil plans James Tait can come up with to punish the retro racers.