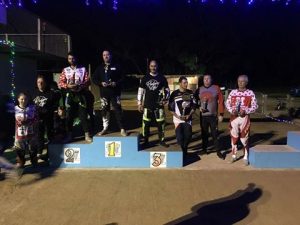 Let me start by saying, “Kudos, to the Frankston Sharks BMX Club”. Twelve months ago the club was struggling and a new committee has since came in and turned the club around. On the retro side of things, in the 2016 series, I came 2nd behind Russell Brown and no one else qualified for a placing in the series. Fast forward 12 months and I scraped into the top 8, 10 of us qualified for end of series awards and over the series, we had the likes of Brendon Marshall, Don Davidson, Darren Stevenson, Aleisha Patttison, Neale and Nick Searle and others come and race a few rounds. Retro constantly had 2 gates and was the feature class of the night, so to the Frankston Sharks, well done and thanks for having us.

The whole series featured some fast and furious retro racing and as can be seen by the results there was many races going on within the field and some results ended up being very close, such as the 1 point between 2nd and 3rd and the equal 5th place between Amelia and Phil, with Luke Cristiano only 2 points behind them. We welcomed a new retro racer to the series Brendan Neivant, who rocked up one night, with his old race bike a Balance Killer Bee, even though it had canti brake posts and is not technically a retro racer according to the rules of the sport, being a club series he was welcomed amongst us and acquitted himself well, with a 4th overall. Mark Mecuri was not only a new comer to retro BMX racing, but was new to BMX racing fullstop, he soon found his groove and finished the series on the podium in third place.

Towards the end of the series we also had another Pattison join us in retro with Aleisha Pattison racing with us for the last few rounds, all three of the Pattison kids, showed marked improvement throughout the course of the series and the below video is from the first moto of round 7, where 8 year old Casey, is dishing it up to myself and Dan Gregory.

The biggest improver of the series though, in my book is Dan Gregory, at the start he was a long way last in every race, 3 months later and with all the sneaky training he has been doing, he is now banging bars with myself and scored a win over myself in the last round.

Thanks to all that turned up week in and week out to make it a great series, thanks to the guys that made it all the way down to Frankston and raced a night or two when they were able to and once again thanks to the Frankston Sharks BMX Club for a fantastic series, which I look forward to being back again next year.

Photos are courtesy of Dmul Photography 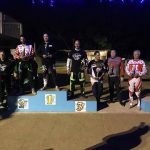 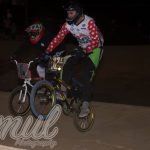 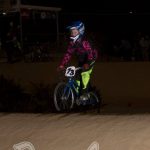 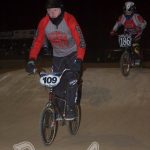 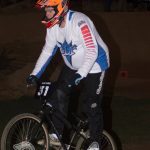 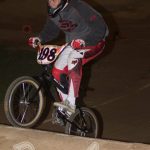 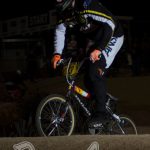 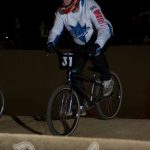 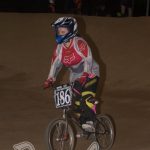 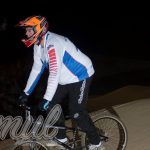