Friday night, 12th May 2017 saw us at the 5th round of the Frankston Summer series and with only one round to go, it is serious business, particularly for people like myself who are on the cusp of the top 8 and in for a chance of an award for the series. Eleven people were racing the retro BMX class for the night and as usual with an odd number of riders it would come down to the BMX gods to be on my side to get through to the main final for the night. The first moto I was on track to claim a spot in the main, with a 4th place finish, alas the BMX gods laughed at me in the second moto, where I was in the moto of 6 people, which was absolutely loaded, unfortunately I finished a distant 6th and even though I pulled another 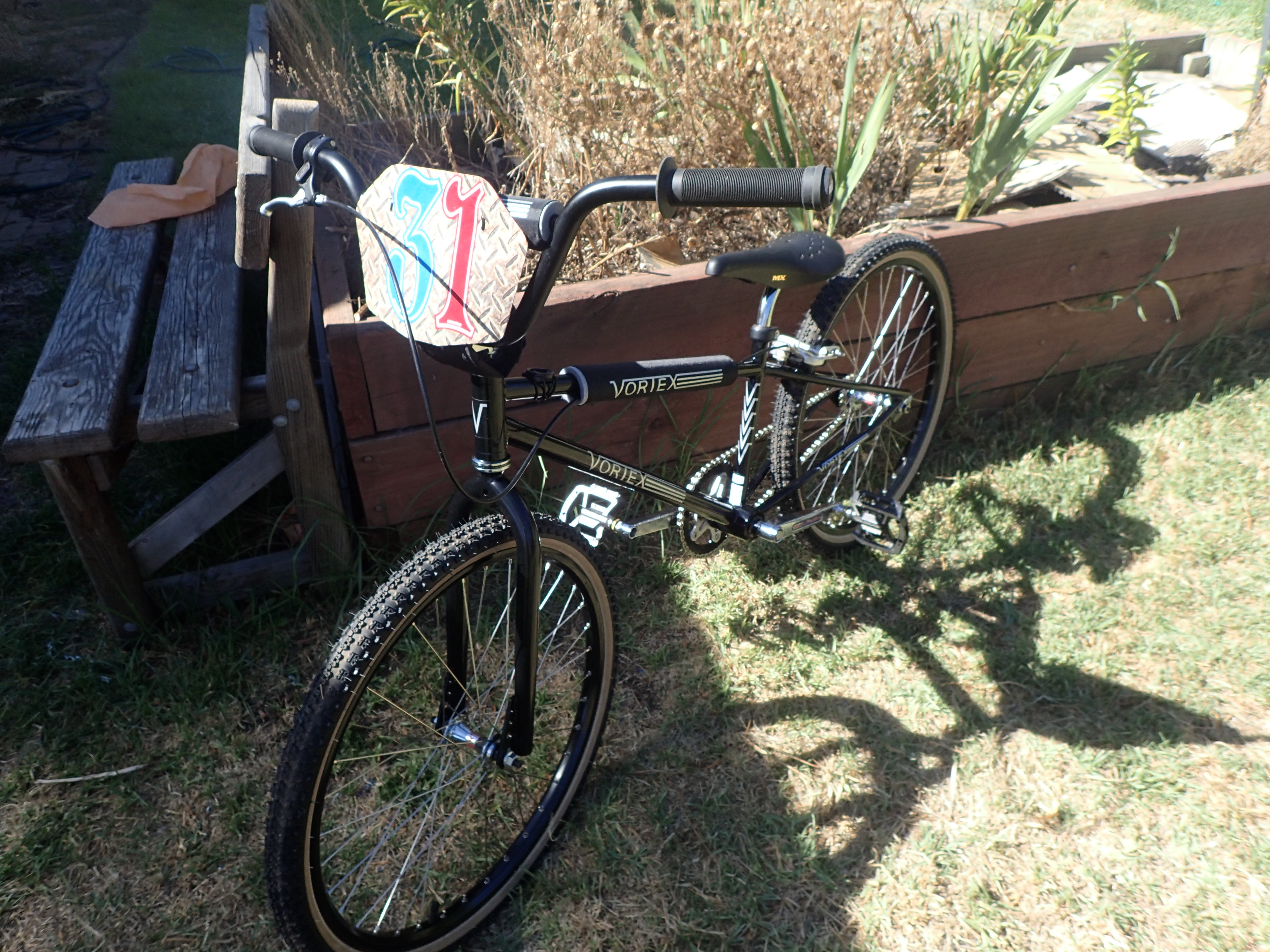 The last week has been an interesting one, whilst I had planned to step up the number of days I was going to train, I found that I was without a bike, the old Vortex Cruiser has gone through a rebuild and the crank bolt that goes through the chain wheel and into the back of the crank, turns out I had accidentally sent to QLD, when I traded my 180 cranks for 175s, fortunately the bolt was sent back express post and I received it Friday and had my Vortex BMX built just before race time. Tuesday saw me back with the secret trainer, doing further strength training, mixed in with a bit of cardio, whilst I feel the muscles around my knee getting stronger, the training doesn’t get any easier, the weights build up and with the bit of cardio mixed in, I am constantly out of breath