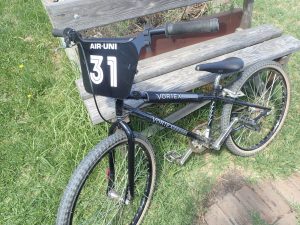 I’m often asked, “why am I so involved in retro BMX racing at my age”? There are many reasons, including it gives me a reason to get up off my arse and to actually do something physical, which as we get older is of paramount importance to keep moving, the age-old saying is very true, use it or lose it. The socialization is a bonus as well, like everything from time to time there might be a clash of egos but it is quickly forgotten, because we are all there for the same reason and that is the love of the sport and the love of old school BMX in general.

The one thing that stands out though for me are the builds and I am sure it is the same for many others that race Retro BMX, we all enjoy the builds and some of the bikes that are out there are worthy of BMX show and shine trophies. I’ve raced a number of bikes in the little over 2 years I have been with the sport, starting with a 86 Haro Group 1 RS2, to a 1992 GT Pro, 1993 Redline Proline, 91 Free Agent Team Limo to my current bike a 1988ish Vortex cruiser, which to date has been my favorite build and along side of the 1993 Proline, my favorite bike to ride.

My current race bike, started off its retro BMX racing days with Ali Scott and I believe made its debut at the Geelong open meet in 2015, back then it was blue and had Crisp decals on it. The next race meet, it was to make an appearance at was Park Orchards, Clash of the Titans, where the once blue bike had been stripped and it was just raw steel, I mentioned to Ali that it looked good as it was and he should put a clear coat over it, it was there that, “The Rat” was born.

I believe that Ali to this day is still sad that he moved the Vortex on, but being around a 1988 vintage bike, it unfortunately did not qualify for National Titles, due to their antiquated pre 1986 rule. After Ali picked up a new bike, I was given the opportunity to become the new owner of “The Rat” and I jumped at it. I could instantly see why Ali loved the bike so much as soon as I jumped on, it was a lot more forgiving than a 20 inch bike and it was very easy to build up speed whilst pumping in the rhythm section. After seeing out the year and racing in the BMX Vic state titles, thoughts soon turned to rebuilding “The Rat” and putting my own signature upon it, the search for parts began.

I was lucky enough to be able to get a few NOS parts from Vortex founder and owner Gary Mills, who is still in business, running Star Cycles in Adelaide South Australia. I was able to get sealed bearing hubs and a mini stem which is ideal for a Cruiser. Gary also gave me permission to get new decals and pads made up, which I sincerely thank him for. From there the search for parts began and they came from all over the country. The bars are reissue Skyway cruiser bars a limited edition in black and I was only able to find them in Queensland, all over the country was sold out and no other brand of cruiser bars were the same size. The reproduction retro profile cranks another limited edition item, I was lucky enough to find at the St Kilda swappy. The seat came from Old School BMX in Ravenhall Victoria, the bottom bracket and chain ring from Bicycle Works in Thomastown Victoria, the seat clamp I was able to source in NSW after I put the call out on Facebook, Shimano Saints pedals came from one of the members at Frankston BMX club, the rims which are Sun Ringle Envy were the hardest things to source, finding 24 inch 36 hole rims, that are double wall and come in either black or chrome were almost impossible to find in the country, I finally was able to order them online during a boxing day sale and had them delivered to my door for under $200. The decals and pads were made and shipped out from the UK and the Air Uni race plate and decals were ordered from the USA.

When it came to the build I knew exactly what I wanted and searched far and wide to get what I needed, finally thanks go out to the boys at Casey Cycles in Cranbourne, who built the wheels and put the bike together for me, the end result is exactly the vision that I had in my head when I started and I love the end result. The Rat has now morphed into the Assassin, see you out there on the track. 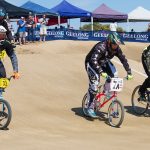 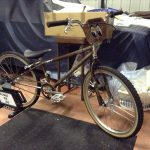 The Rat is born 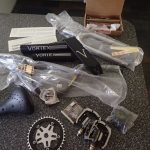 Last rights of The Rat 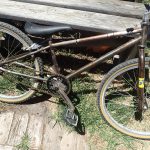 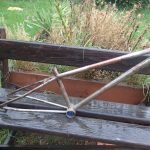 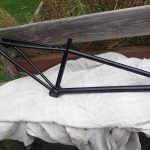 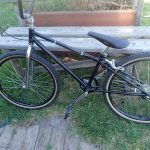 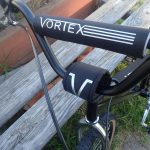 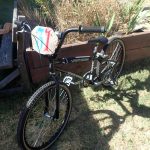 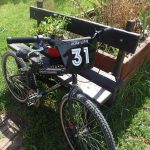 Finally got the plate