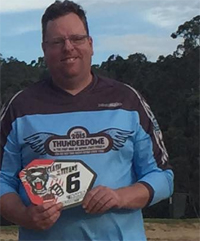 About Me:
As a kid I always wanted to race bikes in some form, I lived next door to the Edithvale Velodrome so spent quite a bit of time there, alas my sports that I participated in had nothing to do with cycling, they being swimming, lifesaving, karate and tae kwon do. Fast forward 25 odd years and at the age of 40 I bought myself a bike and became a member of the Southern Masters cycling club.

When I first started riding I was incredibly unfit and unable to ride 5 kms without having to stop and having a rest, I slowly built that up to the point where I could ride 15 kms non stop. Once I hit that mark I decided to participate in my first bike race at Casey Fields a 45 minute criterium race in G grade against one other person who was 81 years of age at the time, I won that race, but I think my fellow racer took it easy on me and let me win, the next few races I was blown away by the old guys at both Casey Fields and Sandown Race Track. I took a 6 month break from racing lost some weight and came back a lot fitter and thinking I was going to win, the first race back I was blown away again and came fourth.

The following race, I gritted my teeth put myself in the hurt locker and won the race, I had finally caught the cycling bug, I continued to race criterium races with Southern Masters going up a couple of grades over the next two years. Unfortunately the amount of training required took its toll on my knee and I was unable to train enough to be able to maintain the race pace or the improvement I so desired. A couple of years off the bike and I found out about Retro BMX racing.

My first race was at Frankston of January 2015 on a 1987 Haro Group 1 with white tuffs, after 2 motos I was that exhausted I physically could not do another race and made my way home. Rather then give up I came back out the next week and the next and the one after and almost 2 years later I am still racing and loving the class. I am nowhere near the pointy end of the field and that is sometimes frustrating, but I keep coming back for not only the love of the sport and the class, but also the camaraderie in the retro fraternity.

Sponsors: Not a single one. 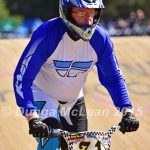 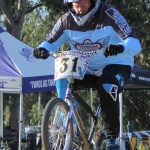 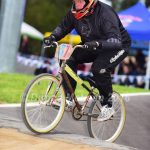 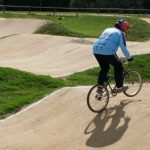