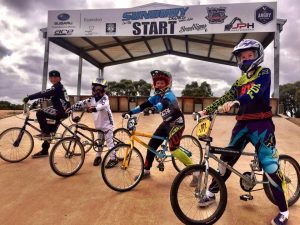 Soon after Samuel Todd joining the retro ranks, another young rider started racing, that was Nathan Flannigan, I remember seeing an Elf Cruiser at Geelong and I hung around to see who owned the bike, it was being ridden by Nathan in age class, I mentioned that he could race retro on the bike and then heard the story of how his Father Brendan came across the bike and offered to buy it.

Next to join the retro ranks is Jenson Brown, who you may remember I lost a bet to at the 2016 Victorian retro BMX titles where Jenson had a faster time then me for the day and I had to pay up a bag of snakes, the story of how Jenson came to be on an old Redline is an all too familiar story and quite amusing. Jensons father Peter, always wanted a Redline when he was a kid, it was not until he was an adult with kids of his own did he get the Redline and when justifying the expense of buying a 35-year-old bike to his wife it was so that Jenson could race it in retro.

Fast forward a few months and another junior retro racer joined the fold, Lily Corbett who in her first year of retro racing is now the proud holder of the 7A plate in the girls 8 to 14 retro class. Recently I was able to source an old Vortex junior BMX, this was quickly snapped up by Shawn Hindmarsh for his son Hamish to race, who I am told has just had his first race upon the bike.

The junior retro category at Sunbury is certainly taking off and you will constantly see these young kids out there racing at the Sunbury clubbies but at open meets as well, when you couple this with those that race retro at a state and national level, including the current 1A and 7A in Harvey Dale and Jagger Govic, the 2V of Joshua Soderman and long time stalwart and current 6V in the 30+ retro Trevor Weber you can see that retro is serious business at Sunbury.

Of course lastly I shouldn’t forget Steven Hajnal, who last year I was able to source a 1991 Diamond Back Reactor for him and has come out and raced a couple of times at open meets, if I had known he was going to be this fast, I would have kept the bike for myself, I am reliably informed that his daughter Jamie Hajnal has taken over the Reactor, hopefully that keeps Steve out of any further Victorian State Series rounds, so I can keep in front of him. 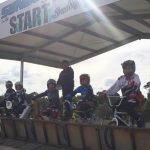 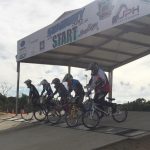 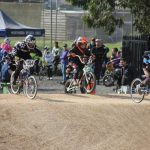 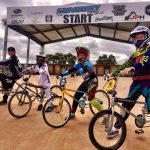