Retro BMX racing season is up and running

The 2017 Retro BMX racing season kicked off this week, with the Track Attack series, 6 race meets over 9 days, it is a brutal welcome back to the race season and is a good spring board towards training for the national titles if you plan on doing them. From a personal point of view I decided to only do the two rounds to get some time back on the bike on a track which was sorely needed, other than a few training sessions I haven’t raced since the Victorian BMX state titles in November of 2016.

I really didn’t expect too much as the training I have done recently was more based around strengthening my troublesome knee rather than riding fast. That being said I was still a little disappointed that I didn’t go faster than the recent open meets at Knox and Frankston in November and October of last year, although I didn’t go faster my times were very similar so I take comfort in the fact that I haven’t dropped off over the off season and it will become a springboard into the rest of the season. 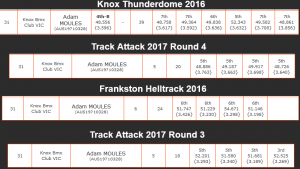 First up was Round 3 on Tuesday night hosted by the Frankston Sharks BMX Club, this track is only 10 minutes from home and as such it is one of two tracks that I have the most experience on the other being by home clubs track at Knox. The first moto saw me do a 52.201, nothing super special, but I realised just how important race practice is, I was really struggling for breath at the end and could barely shake the guys hands at the end of the race, I knew then and there it was going to be a tough night and I was right, it didn’t get any easier over the rest of the night. My fastest lap time for the night was a 51.580 and comparing that to my best time at the Helltrack event back in October of 51.146 I was not too far away. The highlight though is that I did come out with my fastest reaction time of 3.189 as opposed to 31.198 back in October.

The nights racing proved to be very close up the front of the field, between the usual suspects, Russell and Neale, but they had some competition with the return of the Commissioner Gordon MacRae, who after a year off racing has come back with a vengeance and was the winner of the night. Danny Booby the other rider to make up the retro field for the night, proved to be my carrot and was tantalising close, he may have been taking the retro motos easy so that he could save himself for his age class, but I still made him pedal home particularly in the 2nd moto where I finished only .6 of a second behind.

Unfortunately the night wasn’t without incident and was a reminder that BMX racing is a dangerous sport, in the final Neale tangled with another rider on the final jump in a racing incident and hit the dirt hard and has broken his finger above the knuckle and has to have surgery to repair the damage. Speaking to Neale, he had this to say, “BMX is a sport where from time to time you are going to eat dirt, if you are not prepared for that, then pick another sport, this was just a racing incident and there is no ill feelings”. I’m sure I speak for everybody, that we wish a speedy recovery and look forward to seeing you back on the bike.

Thursday night saw as at the Knox BMX track for Round 4 of the track attack series, where we had 5 riders on the gate in the 30+ retro class. For the nights racing I decided to get some stats of how my heart performs whilst racing and wore my heart rate monitor paired with my Garmin Edge for the night and it shows some interesting results.

For what ever reason that I am unable to explain, when I race at an open meet, the nerves hit me on the start gate, I have the butterflies in my stomach and all I want is for the start gate to drop so I can start pedaling, how much nerves play a part in my races was unknown until now and I was quite surprised with what I was seeing. Whilst standing behind the start gate for the 1st moto, I happened to glance down and saw that my heart rate was at 140 bpm, by the end of the 1st moto it has spiked to 171 bpm. My top heart rate for the night was 174 bpm during the 2nd moto and before each moto my heart rate would constantly get to around 140 as the nerves would hit me, each time. What I have never been able to figure out, is that I race the same guys week in and week out at Friday night clubbies without a problem, but when it comes to the open meets it is a totally different story.

Like the Frankston event, my times at Knox proved to be very similar to my times at Knox Thunderdome back in early November, my first moto was a 48.886, I mistakenly thought this was a new personal best for me, as I thought my lap times back at Thunderdome were all around 49 seconds, I was disappointed when I saw that in the final at Thunderdome I had a lap time of 48.556. My best time for the night was in the final 48.726 so still a bit of work to do, before I claim a new personal best lap time.

The racing at the pointy end of the field proved to be exciting and extremely close all night between Gordon MacRae and Michael Herceg, both taking out two wins and two seconds each, with Gordon given the win for the night due to his first place in the final and Russell rounded out the podium to take 3rd place for the night.

With the 2017 season now back in full swing with open meets and Friday night clubbies back in a couple of weeks, it’s time for me to step up the training and commit myself to 2017 and see what I can actually do, I’ve changed my diet and cut out the crap, drinking more water and have since lost a few kilograms and with 5 nights a week devoted to BMX, including skills training, strength training, gates, sprint training and racing, I am looking forward to the 2017 retro BMX racing season with excitement. 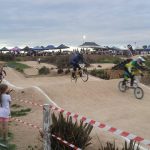 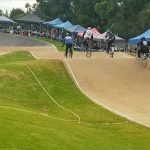 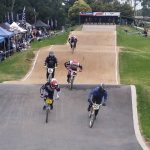 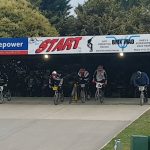 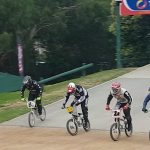 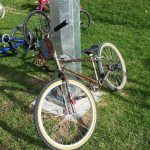 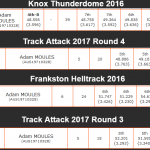 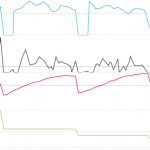