Another big week of retro BMX racing comes to an end and a new week is set to begin. Along side the normal training, Friday night saw Retro racing at Frankston BMX track for the 3rd round of their Summer series. Retro is getting bigger at Frankston every week, 11 riders hit the track on Friday night, with first time Frankston racer Brendon Marshall making the long trip, from Doreen in the Northern suburbs of Melbourne to the Frankston track at the gateway to the Mornington Peninsula.

Initial thoughts from Brendon were, that he quite liked the track, it was fun to ride and had a nice flow to it, as it turned out Brendon really enjoyed the track as he was to be the eventual winner on the night.

With 11 racers in the retro BMX field, the BMX Gods were going to smile upon someone getting into motos of 5 people rather than 6, as it turned out they smiled on 8 year old Casey Pattison who made it into the main field at the expense of Phil Pearman, Dan Gregory and myself. The first two motos, I had a 6th and a 4th and lined up for my third moto of 5 riders up against young Casey and Dan Gregory, from the results of the previous heat, I had figured out that if I come 3rd in my heat of the third moto, than I would be in a ride off with Amelia Pattison for the final spot in the main final. Unfortunately I lost balance just as the start gate was going down and when I got my foot back on my pedal it was in an awkward position and wearing Vans shoes on old school platform pedals there is nothing you can do about it, you are just along for the ride. Young Casey got a better start then myself and even though I gave it everything I could, he would be able to cross the line a couple of meters in front of me. Thus putting me straight into the B final where I came second behind Phil and Dan bringing up the rear.

A good nights sleep after racing Friday night, had me refreshed and back in the car traveling to Wodonga for the second round of Victorian State Series, where I was currently in 2nd place in the 40+ retro after the first round at South Eastern BMX track a few weeks earlier. With no Scott Burgess to defend his lead, as long as I made it around the track safely I was set to become the new 40+ leader coming in to the Park Orchards race meet in 2 weeks time.

With only 3 entries into the senior retro classes I was merged in with th 30 – 39 retro racers, Luke Cristiano and current series leader Russell Brown, both of who were on double duties for the day, Russell came out and blazed away in the first 2 motos and the third moto we were missing Luke who was saving himself for his Pro class race where he needed a good result to make the main final. Thus it was decided to make it interesting that Russell would do a pump race and I would race as normal, even though I got my fastest time of the day in the 3rd moto, it was all to no avail as the 2nd straight at Wodonga you generate a massive amount of speed which you can hold all the way to the end.

The 4th and final moto, saw Russell take out another win and Luke flying past me in the second straight doing some fancy air work, whilst passing me, I don’t know how the guys double up at open meets as I was absolutely cooked after the last race and these guys did 8 races compared to my 4, kudos to them.

In the junior retro, the usual faces were back in action, Samuel Todd, who took out the win, followed by Nathan Flanigan on his new retro racer an early 80’s Blue Max 20 inch, which will suit him a lot better than his junior Elf cruiser that he was growing to big for, closely followed up by the fast improving Jenson Brown, you may remember Jenson and I had a bet running at the Victorian Retro Titles last year for a packet of lollies to the fastest time of the day, which I lost. It’s great to see where young Jenson was last year and where he is now, his improvement on a retro bike is great to see.

Another week of retro BMX racing is done and dusted, back to training and racing at Knox this Friday night and in 2 weeks time the next open meet at Park Orchards for Round 3 of the Victorian State Series, where I will be rocking the number one plate for being the series leader. 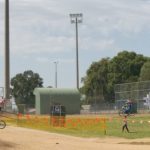 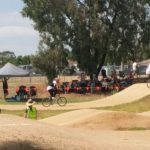 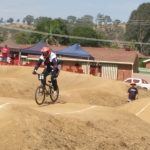 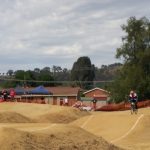 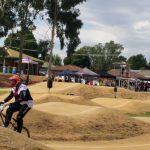 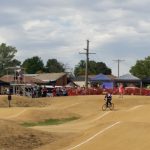 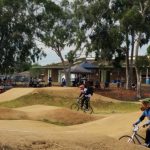 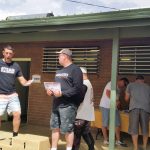 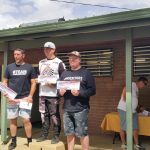 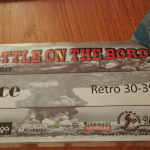 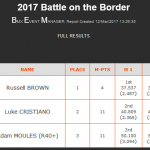